Bundaberg’s very own, Pat Welsh has been at Channel 7 for 40 years. Amazing. I appeared with him on Sportscene in 1982-83 with the likes of Mick Veivers, Fonda Metassa, David Fordham and Bernie Pramberg. I also played touch footy with Pat’s younger brother, John, who was a  first grade cricketer in Brisbane.

To movies to see Boy Choir. Not bad.

Learn of a player revolt (of sorts) at Carcassonne Rugby League Club in France, where my friend, Laurent Garnier is coach. Something to do with Laurent being too structured in his coaching style, but maybe it is just that the locals do not want to embrace a professional approach. Rugby League and Carcassonne are one in the same, but rugby union has stolen a march on the 13 man code in this historic city, and the league should be open to new ideas. I have never met a more enthusiastic league man than Laurent.

Morning tea at our town house estate, and I chat to fellow resident, Margaret Ramsay (nee Hickey) who used to work for the Queensland Rugby League, as a secretary, and was part of the official party which met the great French touring side in 1951. This estate – Hermitage Gardens – is built on the old Hickey’s Dairy Farm. Margaret had many stories to tell about growing up in Brisbane, including some about corrupt police. She said the police had their ‘own room’ at the famous Normanby Hotel. Tonight, Marie and I have dinner at Brothers Leagues Club, with members of the Jackman clan, including Pat, a former Army dentist. On ‘The Footy Show’ the kids on Darryl Brohman’s segment do not know he capital of Australia!!!

Horrendous weather today, and the Trans-Tasman rugby league Test is postponed until Sunday, thank God. It takes a lot to call off a league Test, such as fog, or ice and snow – in England and France.

Murwillumbah Old Boys Rugby League and Cudgen Headland Surf Life Saving stalwart, Keith ‘Clackers’ Kennedy turns 80 this month, and no doubt there will be a big turnout, involving Tweed identities such as Neville ‘Knocker’ O’Connor, ‘Crunchy’ Manning, Lloyal Stewart, John Crowley, Ian Kennedy, Ducksie Lazenby, Graham Huggins and Gary Singh. Keith was my metalwork teacher in my first year of high school, and rated me among his worst ever students. I made a dust pan, and that was about it.

Watch the Pacific Tests tonight, and they are both high quality, in front of an appreciative crowd at Robina. In the under-21 international between the Kangaroos and Kiwis, there is a disgraceful tackle by Nelson Asofa-Solomona (NZ) on Joe Ofahengaue (Aust), a real neck breaker. Solomona gets five weeks, and that was lenient.

Start the day by watching the running of the 141st Kentucky Derby, with American Pharoah winning for the second time in a row. Get a council bus to Paddington for the posponed Test and there is ample evidence of Friday’s flash flooding. Meet up with my sister, Gay and husband, David at Stattler and Waldorf (bar). Amazingly, a Fremantle fan gets his way and the TV shows the AFL, instead of City v Country at Wagga Wagga, even though the bar is full of league fans! The hide of Aussie rules people. They have no respect.

Australia gets a 26-12 hiding from the Kiwis in the Test, a loss made more painful by the drunken antics of a female Kiwi supporter in the corporate area behind us. Around us were gracious Australian fans, including two from Ipswich and one from Melbourne.

Meanwhile, across the river at Langlands Park, Qld Residents, captained by Ben Spina, beat NSW. An unfortunate by-product of the Test postponment is the fact Channel 9 cannot do both, so the Residents miss out. Ben is the son of former Cronulla, Roosters and Cowboys halfback, Laurie Spina, and like his dad, a real gentleman. 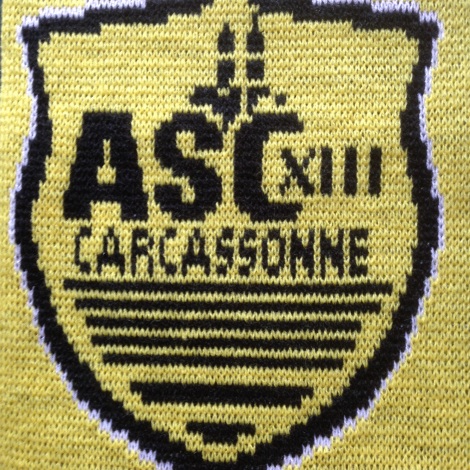