There were dire predictions about the future of the Bulimba Cup inter-city rugby league competition after the Bob Bax coached Brisbane representative side thrashed title holders, Toowoomba 30-5 at Lang Park.

The Courier-Mail’s chief league writer, Jack Reardon said the ‘big money’ Brisbane clubs were stripping Toowoomba and the other Cup contestant, Ipswich of some of their best players. The obvious consequence of this, was the weakening of inter-city football.

The game was played under the new five yard rule which replaced the three yard rule, still in force in England and France.

The star was big Brisbane forward, Ian Massie, who missed the 1965 season after he was injured in a motor vehicle accident. Winger Neil Porter scored three tries, the third after brilliant lead-up work by forwards, Trevor Niebling, Massie and Peter Gallagher.

Toowoomba’s only try was scored by their skipper, brilliant centre, John McDonald.

Brisbane and Toowoomba club football was played the following day, with most players backing up.

Niebling and co-prop, Jim Murdoch were in sensational form for Souths in their 42-5 win over Wynnum-Manly at Davies Park. Centre, Ross Chapman, who played against Toowoomba, scored three tries for Souths.

Valleys’ officials claimed a try by Leon McGuire, disallowed by referee, Henry Albert, should have given them a win over Brothers in a Monday Lang Park clash.

The match finished a thrilling 17-17 draw after Valleys centre, Alan Scanlan missed a penalty goal close to full time, and then a field goal attempt by fullback, Errol Stock was charged down by Peter Gallagher.

The hefty McGuire had charged over the line for what looked like a try after 20 minutes. Valleys’ captain, Brian Blowes, said referee, Albert appeared to award a try, but then changed his signal. Valleys were leading 2-0 at that stage.

In the other match of the round Redcliffe defeated Norths 22-7 at Redcliffe Showgrounds, with fullback, Jim Cherry in fine touch for the victors. 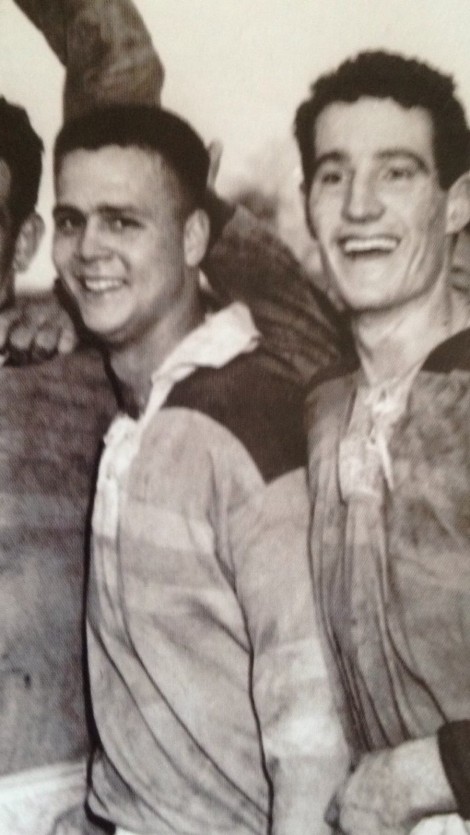