Alex Murphy, one of the greats of British rugby league, took a pot shot at the egos of Australian players during a talent scouting trip ‘down under’ for the St Helens’ club, which he was coaching at the time.

Murphy was chasing a five eighth and prop for the 1986-86 British season, and had spoken to a host of Sydney players.

The Kangaroos, with Don Furner as coach, were to tour England and France at the end of the Australian domestic season.

“Everyone I speak to says he is a chance of going on tour,” Murphy said. “The way they are going, Australia will need 15 planes to take them over.”

Murphy did not provide a full list of players he had spoken to, but confirmed he had conferred with Neil Baker (South Sydney) and Penrith pair, Matt Goodwin and Greg Alexander.

Meanwhile Australian Rugby League president, Ken Arthurson said he would push for the introduction of a three-Queenslander limit for Sydney clubs, as part of a strategy to ‘save’ the Brisbane premiership, which was being stripped of many of its stars.

But Arthurson said players like Paul ‘Fatty’ Vautin, Paul McCabe and Chris Close should be excluded from the three Queenslander rule, because they had been in Sydney for so long.

Queensland utility back, Tony Currie transferred from Brisbane Wests to Canterbury-Bankstown in July, 1986, but North Sydney withdrew a contract offer to Gladstone’s Gary Larson, after threats of a writ from the QRL (Larson joined the Bears in 1987).

In Toowoomba, former Wallaby breakaway, Chris Roche switched from lock to hooker at his club, Newtown hoping a stint in the new position might prolong his league career.

FOOTNOTE: In 1985, on my way home from Australia’s tour of New Zealand, I stayed in the same hotel as Alex Murphy, who was on another recruiting drive, at that time for Leigh. I enjoyed an entertaining lunch with Alex at the famous Beppi’s restaurant in East Sydney. Former British Test hooker, Kevin Ashcroft stayed in the same hotel during his recruiting drive as coach of Salford. 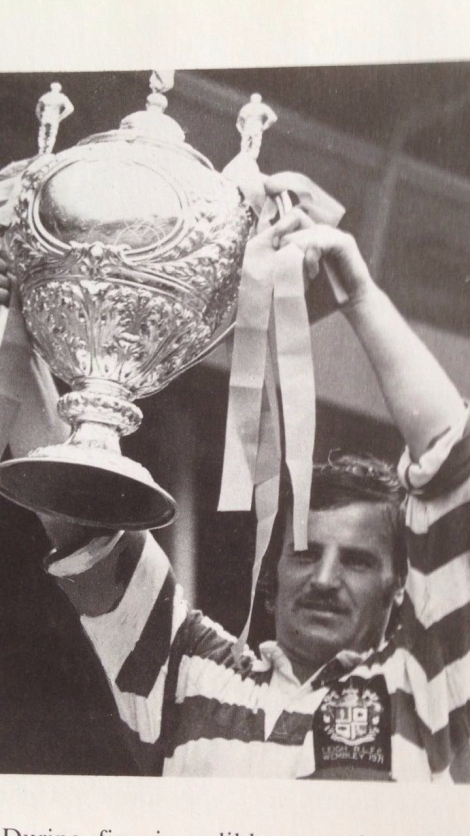