During their time at South Sydney’s Redfern base, Lang and Khan received specialist coaching from Souths’ international forwards, Elwyn Walters, John Sattler, Bob McCarthy, as well as training with the full Rabbitohs’ squad.

Lang would go on to make his state debut for Queensland in 1972, while Khan would have to wait another 12 months before he wore the Maroon.

On their return from Sydney, Lang and Khan saddled up for a trial against Brothers at Langlands Park, with Brothers winning 17-16 in a twilight match played in front of a crowd of 4,000.

The new rule got the thumbs up from The Courier-Mail’s Lawrie Kavanagh, who covered the match.

The match featured a number of fiery clashes, with Len Dittmar (Brothers) and Jeff Fyfe (Easts) in the thick of it.

At Davies Park, Valleys defeated Souths 20-6 with Valleys’ centre, Barrie Rose the outstanding back on the field. Rose was being looked on as the replacement for retired State centre, Mick Retchless.

Crear and Higgs would go on to play for Australia and Halley for Queensland.

Wynnum-Manly signed Ipswich stars, Ken Churchill, Ross Nunn and Gary Griffiths, but the QRL reserved a decision on whether to grant clearances, given the trio had represented their city for only one season, and, under the rules, they had to play two years of rep. stuff before transferring.

Without the Ipswich stars, Wynnum still managed a 16-15 win over Redcliffe in the Rotary Charity match at Redcliffe Showgrounds.

I played for Murwillumbah Brothers against Ray Staff in 1974 when he was contracted to Surfers Paradise Pirates, who were coached by John Chisholm. Our coach was Riverina product, Milton Whybrow. The Pirates beat us in a play-off for fifth spot in the 11 team Group 18 Gold Coast competition, and Staff was one of their best. He would turn up at games in a different flash car every week (or so it seemed), given he imported American cars. 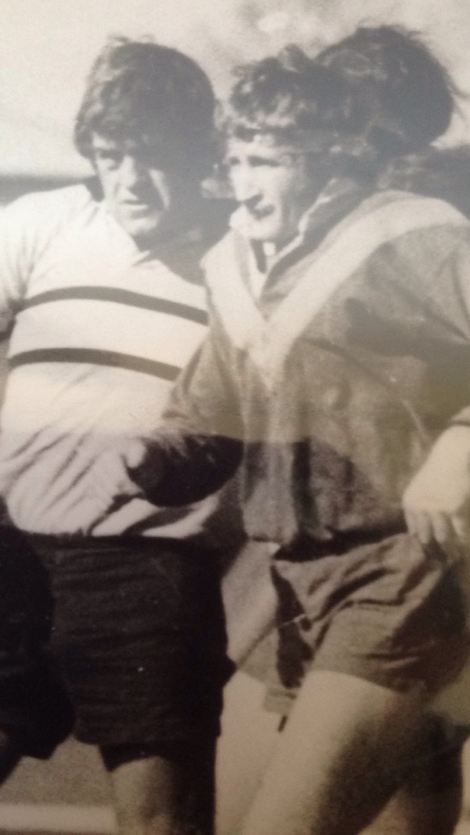