To the movies at Palace Centro in the Valley to see ‘The Big Short’. A bad time to watch it, with the stock market in the red.

Channel 7 Sport spell Tugun, ‘Tugan’. Come on!! Lismore hosts the Oceania Baseball tournament. The city of my birth has been big on baseball for 70 odd years. I remember watching it from relatives’ places in Magellan Street, with the baseball being played just across the road.

Learn that the old Masonic Hall in Murwillumbah, the town where I lived from age seven to 22, is now a Hare Krishna Centre! Can that be true? The old boys from ‘the lodge’ will be rolling in their graves.

Watch a Super League advertisement on television, and it is good to see Shaun Edwards featured. Edwards, is now defence coach for Wales rugby union, but has not forgotten the 13 man code. He played 36 rugby league Tests for Great Britain and three for England.

Lunch at The Regatta Hotel with fellow journalists, Barry Dick, Paul ‘Scobie’ Malone, Bernie Pramberg, Trad McLean, Bart Sinclair, Robert ‘Crash’ Craddock, Wayne ‘Ticker’ Heming, Andrew Dawson and Jim Tucker. Lovely time. Our waiter is Michael Platsis, formerly of Michael’s Restaurant. He shouts us a drink. On the way home, Barry Dick insists on stopping at Loco’s Bar, across from Queensland Newspapers at Bowen Hills, so we can say hello to the new breed of journalist, among them Chris Garry. It is 10 years to the day since the death of Paul Malone’s uncle, Francis Lawrie Malone (better known as ‘budgie’) a former top league administrator from Lismore, a real character, who loved a drink with my father-in-law, Kevin Donnelly. Lawrie (as I knew him) was 75.

A country drive to Lockyer Valley town, Laidley, followed by lunch at Lockyer Hotel, Forest Hill. On the wall there is a photograph of former Australian rugby league skipper, Darren Lockyer pouring a beer. (You’re catching onto the Lockyer theme here). The other pub appears run down, and I can see only one drinker in the bar. Marie gets a bag of sheep poo ($5), water melon and pumpkin from various road side stands. Big storm hits the area not long after we leave.

To Ashgrove for walk along Enoggera Creek. Watch the Valleys v Norths cricket match. Joe Burns and Tom Healy are in action. James Hopes is bowling and gets hit for a six. The official scorer has an old fashion score book, as well as a computer. I hope he is more accurate than me, in my stints as a scorer. The Norm McMahon Clubhouse brings back memories of my interviews with the former Queensland Cricket boss. One of our neighbors, Tony Jackman tells me of the day, as a boy, he hit a cricket ball into a green house owned by former Queensland Cricket official, E.J. Beard. Beard was forgiving, and some years later provided orchids for Tony’s wedding. 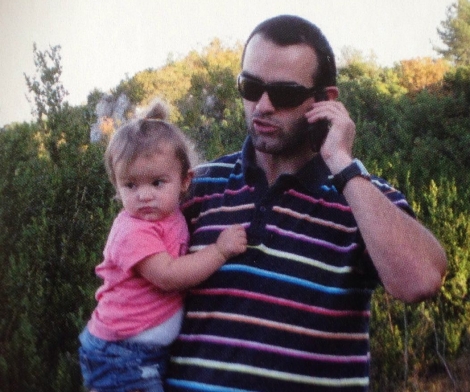 Manly skipper, Fred Jones celebrates the Sea Eagles’ 1972 grand final win over the Roosters. Allan Thompson is behind him and Terry Randall on the right.
%d bloggers like this: