CLEVER scrum tactics were the secret to France’s series clinching 11-10 win over Australia in the Second Test at Toulouse, the last match of the Kangaroos’ 1978 northern hemisphere tour, under the coaching of Frank Stanton.

Australia scored two tries to one, which was a decent effort, considering the French dominated the scrums 11-2. The French forwards were able to manoeuvre the scrum to their advantage, and their backs made good use of possession.

Australia led 10-9 late in the game, with the tries scored by Steve Rogers and Kerry Boustead. Mick Cronin landed both conversions.

French five eighth, Eric Waligunda levelled the scores with a  field goal, and then centre, Jean Marc Bourret kicked another field goal to give the home side a famous victory.

Australian team manager, Jim Caldwell said France proved they were a team to be reckoned with, and displayed some of the form which made them a force in the 1950s and late 1960s.

“They were in perfect condition, better than the English sides,” Caldwell said. “As a result, they played fast, open football.”

France had won the First Test 13-10, in Carcassonne on November 26.

In the lead-up to the Second Test, Australia lost 20-5 to France Espoirs (Hopefuls) at Albi, but then thrashed Midi-Pryenees 36-7 at Villeneuve-sur-Lot.

Referee, Roland Fielvard penalised Australia 33-2 in the match against the young French, and Kangaroos’ skipper, Bob Fulton almost led a walk-off. Fulton conferred with team manager, Peter Moore who implored him to remain on the field, and to lodge an official protest after the game. Alain Touchagues kicked 10 penalty goals. Australian fullback, Graham Eadie scored the only try of the match. 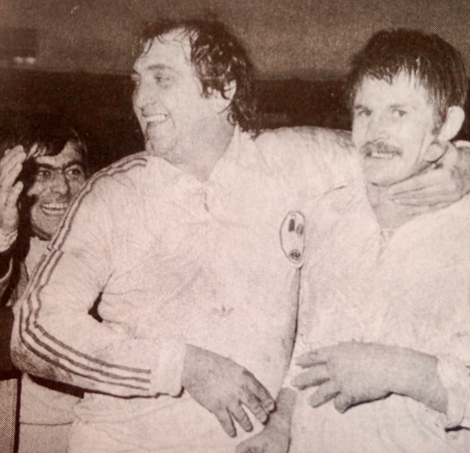