DIARY OF A RETIRED RUGBY LEAGUE WRITER
WEEK 27, 2017
MONDAY, JULY 3, 2017
Complete our Silversea cruise, on the company’s newest vessel, Silver Muse. We are moored in Venice, after 12 days on the Mediterranean. Catch a vaporetto (water bus) to the railway station, where there is a bloke, of African descent, I suspect, who is wearing a polka dot cap, black jeans and red shoes. Great combo. Rail police chase men of Middle Eastern and African appearance, trying to board the train illegally. One passenger, trying to find his seat, calls himself a dumb American. Is that an oxymoron? A group of large Americans get on at Florence, all of them drinking Coke. At Rome Termini, a cabbie quotes 45E for our trip to Hotel San Anselmo. I tell him to get lost. Next bloke says 12E. I give him 15E. Welcome drink at our hotel, and memories flood back of my 1994 Kangaroos Supporters’ tour, which started in Rome, with 44 tour members (we finished with 44 as well), including my parents, staying at this very same hotel. The only thing that is noticeably different is that the lawns on the centre strip out the front of the hotel, are totally neglected, just like the rest of Rome, where public areas are in a disgraceful state. The city fathers seemingly have given up, when it comes to mowing lawns and collecting rubbish. We walk to Trastevere area, via Knights of Malta Priory, where there is a keyhole in the entrance gates/doors, which provides a perfectly framed view of St Peter’s Church in the Vatican. When we were here in 1994, this keyhole was a ‘secret’. Now, the tourists line-up for a peek. Dine in Trastevere, where there are so many restaurants.
TUESDAY, JULY 4
Rome to Hong Kong on Cathay Pacific. Pilot is Australian. Always reassuring to hear that accent from the cockpit. We are in business class, where cabin crew are rude, in my view. Brusque at best.
WEDNESDAY, JULY 5
In Hong Kong, Marie and I meet up with our daughter, Melanie (who lives and works there); my sister, Gay and her husband, David Lynch; and my youngest brother, Stewart, all from Brisbane. Gay, ‘Davo’ and Stewart have been to mainland China, where their holiday was disrupted by major flooding. While Mel works, the rest of us get a ferry to Cheung Chau Island, where we eat at a basic restaurant. Not much doing on this island. Dinner at Sijie Sichuan, a strange, very quiet place, where chilli is king.
THURSDAY, JULY 6
Lunch at Michelin rated Din Tai Fung, in a private room. Our waiter, a lovely chap, once lived in Melbourne. Duck tongues did not tickle my fancy, or any other part of me. Drinks at Aqua Bar, then The Peninsula Hotel. At dusk, we do a junk cruise, followed by dinner at North Point, where celebrity chef, ‘Famous Robbie’ (who featured on Bourdain) is king. A sign at the toilets says: ‘Beware the Man Behind the Door’. Spooky. Then to ‘speak easy’, ‘Mrs Round’, where I have an Inverness Lager. My brother, Stewart says this Asian adventure has been his best holiday.
Back in Australia, our grandson, Ethan has a ‘painted face’ for Naidoc Week (a celebration of all things indigenous). When I was six, my parents ‘painted’ me, top to bottom, in boot polish, so I could be part of a Christmas tableaux, at St Carthage’s School, Lismore, playing the part of an aborigine. I even had a shield and spear! I have a photo, but I won’t be putting it up for the world to see. It took mum forever to get the boot polish off me after the evening. Now it would take her forever to live down the ‘shame’, after being lambasted by social media warriors. At the time, there was no way she would have thought what she was doing was insulting to the indigenous community.
FRIDAY, JULY 7
Pride of the Chinese Navy, their only aircraft carrier, Liaoning arrives in Hong Kong. (Evidently they are building another five. Nothing to worry about, of course). Flight back to Brisbane, in business class. Asian bloke beside me farts horribly. My sister, her husband and my brother are on a later flight, and have roasted goose at Yung Kee. I watch Wimbledon live on the flight. Rugby union players, Rob Kershaw and Brian O’Driscoll are courtside, along with soccer superstar, David Beckham. Where was Kevin Sinfield?
SATURDAY, JULY 8
Back in Brisbane, it is wonderful to catch up with our sons, Damien and Lliam; their wives, Emma and Channelle; and grandkids, Parker, Ethan and Connor.
Lliam is wearing a Tewksbury Rugby Union sweater, which was given to me by a member of the club, when I had a few drinks there in 1982, on my way to Cardiff, to cover the Australia v Wales Rugby League (yes League) Test at Ninian Park. The top is still in good nick, 35 years later.
The Manilla Rugby League Club in country New South Wales, celebrates its centenary this weekend. The club was founded by legendary league pioneer, Dally Messenger.
SUNDAY, JULY 9
Marie is back at work at Windsor International Motel, and the guest list includes US Marines.
Josh ‘Grub’ Reynolds gets a rousing send-off from Bulldogs fans at the club’s spiritual home, Belmore Oval, where he started his career. Reynolds is to join Wests Tigers.
Learn of the passing of Richo and Floyd Hill’s mum, Vera. Richo was one of the most gifted ball players I have seen in rugby league, and played a fair degree of first grade with Souths’ Magpies in Brisbane. His brother, Floyd, was a lightning fast winger. They both would have been hits in today’s indigenous All Stars’ teams. 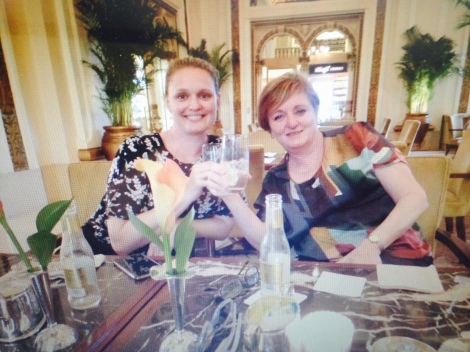 Photo 4: Stewart Ricketts (left) living it up in Hong Kong