MARCH 1949
Queensland members of the 1948-49 Kangaroo rugby league touring squad to Britain and France, returned to Brisbane on March 12, seven months after they had begun their momentous 37 match, northern hemisphere adventure.
They had traveled to and from Europe by ship, and arrived back in Australia homesick, but not having to worry about jetlag.
Most of the Queenslanders planned on taking a holiday before resuming work.
Brisbane Souths’ pair, Len Pegg and tour vice-captain, Bill Tyquin were going to Surfers Paradise for a fortnight, with their wives, while Duncan Hall said he would return to his family in Rockhampton, before deciding his future. He had played for Valleys in Brisbane, but had received lucrative offers from clubs in the city and bush.
Eddie Brosnan (uncle of super coach, Wayne Bennett) expected to be back on the beat as a police officer, almost immediately, and said he would play for Brothers at the first opportunity.
Jack Horrigan accepted a 20 weeks engagement as coach of the Ayr Rugby League in North Queensland, receiving 25 pounds a week, free accommodation and a job. His duties were to play with a local club, coach schoolboys and the representative sides.
Horrigan had been playing with Valleys in Brisbane. He was not sure whether the terms of his contact with Ayr would allow him to travel to Sydney with the Queensland side later in the year,
Pat McMahon said he would return to Toowoomba to finish his apprenticeship as a fitter. Bill Thompson returned to Toowoomba, while Henry Benton returned to Townsville.
The team’s masseur, ‘Chloe’ Furness said he would resume work almost immediately.
Each man on tour received a record 400 pounds bonus. The previous record was 220 pounds, paid to the 1933-34 tourists. A total of 460,000 people attended the Kangaroos matches in England. The 1947-48 Kiwis drew 379,349 people. Total crowds in France for the Roos were 78,000. The Kiwis drew 140,000 in France, where they were marketed, in some quarters, as the All Blacks.
All five Brisbane radio stations said they would broadcast club football. They were not required to pay rights fees. 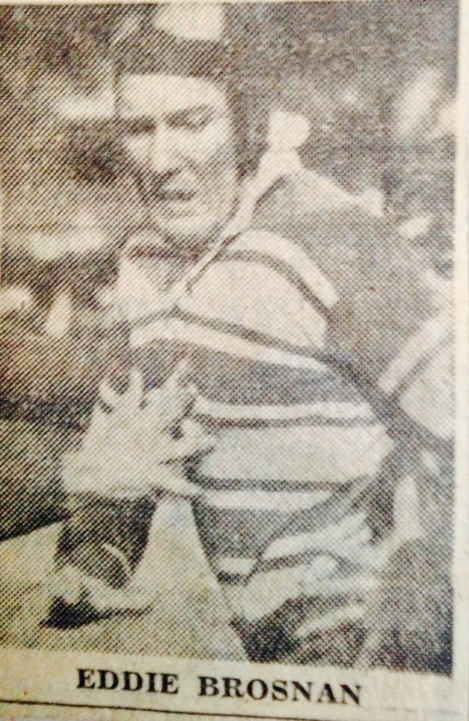