DIARY OF A RETIRED RUGBY LEAGUE WRITER
WEEK 44 2017
MONDAY, OCTOBER 30
Sue Calder, the widow of former Queensland Men of League chief executive, Steve Calder, has joined our Brisbane committee. On Radio TAB, Gerard Daffy has a go at rugby league World Cup eligibility rules, and fair enough. They appear fairly loose. But, from what I have seen, the singing of the national anthems, across the board, has been passionate, which is a good sign.
TUESDAY, OCTOBER 31
Movie, ‘The Final Portrait’, which we see at Palace Centro in James Street, is quite good. Stars Geoffrey Rush. Breakfast at Harveys beforehand and former Queensland treasurer, Sir Llew Edwards and his wife, are there, as usual. Sir Llew presented the Rothmans’ Medal (for Brisbane’s Best and Fairest rugby league player) to my Norths’ teammate, Neville Draper in 1979.
A couple, with two dogs, let their darlings defecate all over the pedestrian crossing in James Street, and keep walking. Tonight I watch the original ‘Psycho’ movie. I can’t believe my parents took me to the drive-in to see that when I was about 10.
Learn of the passing of Australian boxer, Tony Madigan, aged 87. He gave Mohamed Ali a fright at the Rome Olympics, before Ali (then known as Cassius Clay) claimed Gold. Madigan finished with a bronze medal. He won two gold and a silver at Commonwealth Games. Madigan was also a fine rugby union player, with Randwick in Sydney.
Politically incorrect humor in episode of Porridge – A judge is sent to jail and talks of equal rights for homosexuals. ‘Fletch’ (Ronnie Barker) says the judge would be the right man to defend homosexuals, because he is Queen’s Counsel.
WEDNESDAY, NOVEMBER 1
League journalist, Dean ‘Bulldog’Richie thanks me for Rick Cronk yarn, which appears in the Telegraph today. Rick, the father of Test halfback, Cooper Cronk, is a Sydney Easts (Roosters) junior, and is remembered fondly by Roosters’ boss, Nick Politis. The Roosters recently announced the signing of Cooper, who was leaving Melbourne to be with his lady, Tara Rushton in Sydney. Rick Cronk lives in Brisbane. Rick declined to be interviewed by Dean Ritchie, but the Telegraph ran a nice story anyway, featuring photos of Rick in his young days, and he looked very much like Cooper.
FRIDAY, NOVEMBER 3
Australia beat France 52-6 in round 2 of the World Cup, but, believe it not, the French played quite well. Mark Keirallah from Toulouse, scored a runaway try for France.
A cartoon in ‘The Courier-Mail’ refers to youth crime, and all those youths drawn by the cartoonist are white. Makes perfect sense, I suppose.
SATURDAY, NOVEMBER 4
Our youngest son, Lliam’s energy supply business, Supply Partners, is booming, with a bigger turnover in the last three months than the previous 12.
World Cup: Kiwis thrash the Scots 74-6 in Christchurch; Tonga beat Samoa 32-18 in Hamilton, in a bruising clash which attracted 400,000 viewers in Australia, on Channel 7’s secondary channel. The rivalry between the Pacific Island nations had resulted in some ugly confrontations in parts of Auckland. Evidently 37 footballs were taken to Waikato Stadium for the Samoa – Tonga match and 34 had been ‘souvenired’ by spectators, with five minutes left on the clock. Thank god for the full-time hooter. England beat Lebanon, 29-10 in Sydney, with Lebanon hooker, Robbie Farah alleging he was bitten by Huddersfield winger, Germaine McGillvary. It took the judiciary three minutes to find the Englishman was innocent.
SUNDAY, NOVEMBER 5
World Cup: Big wins for Fiji over Wales (72-6) and Italy over the USA (46-0) in Townsville. In New Zealand, three Scots are sent home, one of them named Johnny Walker (contracted to London Broncos) for being drunk. You couldn’t make that stuff up. In Port Moresby, Papua New Guinea defeat Ireland 14-6.
Learn that former Australian five eighth, Bobby Banks has broken a few ribs in a fall. Banks, a Newcastle product, played 15 Tests for Australia between 1953 and 1962, all from regional Queensland centres. He played 33 matches for Queensland and was captain at one stage.
Woken at 11.30 tonight by a barking dog. What a way to end the week. 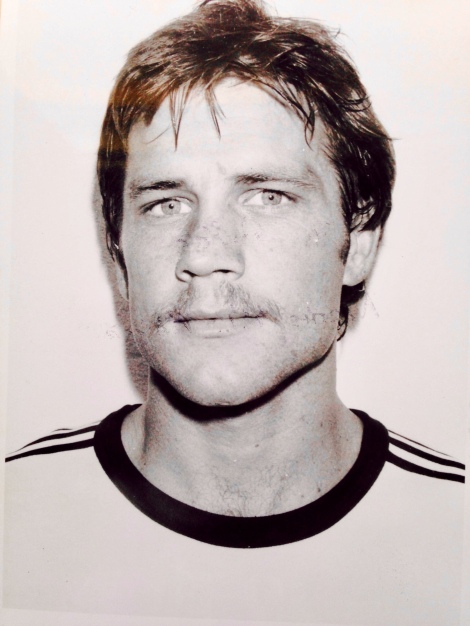 Photo 2: Bobby Banks is in the number 6 jersey in this photo of the 1956 Queensland side. On his right are Brian Davies and skipper, Cyril Connell. Seated are Dennis ‘Boxhead’ Jackwitz (left) and Sammy Hunter. The official is team manager, Jack Currey.