“Would you like a pint of prawns with that?” the barman at the Kings Arms Pub on the quayside at Weymouth in County Dorset, England, asked me on a mild autumn evening in 1982.
It turned out a local fisherman had had a good catch of prawns that day, and they were being sold over the bar, by the pint. The fisherman was behind the bar, with the licensee, drinking free ale.
The only prawns I head previously eaten in Britain, were tiny, tasteless things, from Greenland, or somewhere similar, and I was very suspicious of trying prawns caught in the English Channel, particularly, as back in Queensland, we enjoyed arguably the best prawns in the world.
I was hungry, as well as thirsty, so I gave it a go, and they turned out to be very agreeable indeed, and the company was good too.
I had a wonderful chat with Mike, an ex-journalist; and Simon, whose job it was to classify buildings for the National Trust, or English Heritage. One of those.
My 1982 England experience began with a leg stretch at the beautiful Hampshire village of Basing, where I watched people going to church at St Mary’s. There was something quintessentially English about the scene, but I almost felt as if I was intruding, by just observing.
The first town I explored was Stockbridge, where Marie and I had stayed a night in October, 1977, after watching the Nimbin Tug of War team in action, in an international event at Stourpaine.
Marie gave me the green light to undertake a brief south of England odyssey in ’82, as a reward for a long season covering domestic rugby league for the ‘Telegraph’ newspaper; editing ‘Rugby League News’ for the QRL, and appearing on Channel 7’s ‘Sportscene’, with the likes of Pat Welsh, David Fordham, Fonda Metassa, Bernie Pramberg and Mick Veivers.
After my south of England travels, I was to link with the Frank Stanton coached, Kangaroos in Cardiff, to cover my first match on tour – against Wales at Ninian Park.
From Cardiff I was to drive to Leeds in West Yorkshire, where I was to remain for most of the following six weeks (there were also stays in Carlisle and London), covering the ‘Roos three Tests against Great Britain, as well as a host of club games. Unfortunately, the Telegraph’s budget did not extend to covering the French leg of the tour, my sports editor, John ‘Morto’ Morton had informed me.
After Stockbridge (in ’82) I drove to Wiltshire’s most famous city, Salisbury, where I explored the cathedral, before having a pint of Spa Bitter (57p) at the Bell and Crown. Then I walked around several chocolate box villages, among them Rockmore, Breamore and Woodgreen. I spent the first night at the Lindon Hotel, Bournemouth, where the proprietor wanted to know whether we drank tea in Australia?! Two pints of Dorchester Light Ale (68p) at the Hogs Head, before retiring.
Over breakfast, on the second day, I chatted to Mr and Mrs Moore from Rotherham in Yorkshire. Then I walked to town, via one of the beautiful chines (narrow, wooded ravines), and the beach.
Poole was shrouded in fog, so I kept driving, given there was no chance of seeing the town’s magnificent harbor.
My lunch stop was at Lychette Minster, where I enjoyed fish and chips and a good chat with the locals. At Corfe Castle I explored the steep grounds of the castle, and mingled with German tourists in the streets below.
At Swanage, my thoughts turned to Fawlty Towers, given that’s where the fictitious Basil Fawlty came from.
Then came Weymouth, which was once  a fashionable seaside resort, thanks to King George III, who visited the town in 1789. After my 1982 visit, the next time I was in Weymouth was 2015, when Marie and I had lunch there, and discovered that the Kings Arms was Heinekin owned, and for lease. We had lunch at the Red Lion, opposite the Devenish brewery, which closed in 1985.
There were no fresh prawns on the menu. 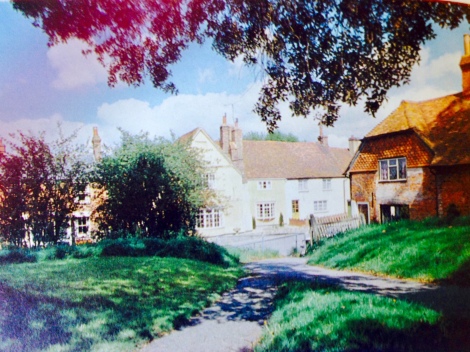 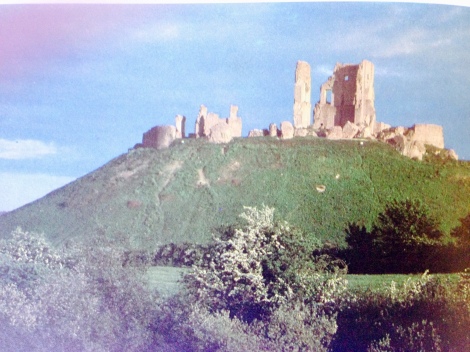 One response to “COMING THE RAW PRAWN AT WEYMOUTH”