FLASHBACK
MARCH 1950
Australian captain, Keith Froome was in a state of shock after the Great Britain selectors omitted Scotsman, Dave Valentine from the squad to tour Australia and New Zealand later in the year.
“I felt like going down on my knees to thank God, when I read the Poms had omitted Valentine,” Froome wrote in a hard hitting column in Sydney’s Sunday Telegraph newspaper.
He described it as ‘a serious blunder’, which gave Australia at least a 50-50 chance of winning the Ashes Test series for the first time in 30 years.
“It was mainly Valentine’s magnificent defence which enabled Britain to win all three Tests against Australia in 1948,” Froome wrote. “And I am the man who should know how good Valentine was, because I was the halfback against him.
“Valentine is the greatest lock forward I have played against, even greater that (Australian) Wally Prigg and (Englishman) Ike Owens. Valentine was never off my back in ’48. Each time I met him, I finished a mass of bruises.
“Perhaps the fact Valentine is a Scotsman cost him his place. Nobody can tell me it is lack of ability. As a Scotsman, Valentine was not eligible to play in the England v Wales tour trials. The selectors may have been carried away by the men who did play in them.”
Valentine was a product of Hawick rugby union, a club renowned as the strongest in the Borders. (He won back his Test spot against the 1951 Kiwis, and in 1954, captained Britain to victory in the inaugural World Cup, in France).
Froome tipped Welshman, Dicky Williams to be the crowd favorite in Australia in 1950.
“I have never seen another player with such a free and easy approach to Test football,” Froome wrote.
BBC commentator, Eddie Waring rated Williams ‘the only really brilliant player’ in the squad.
“At 24, He is undoubtedly the world’s greatest five eighth,” Waring wrote. “He is a batchelor of science and a perfect sportsman.”
Warring tipped former Welsh rugby union wingers, Arthur Daniels and Les Williams to excel on Australia’s hard grounds.
.Keith Froome was born in Armidale, but played his early football in Newcastle. He played eight Tests for Australia, but did not feature in the 1950 series, which Australia won 2-1. South Sydney fullback, Clive Churchill was captain, with Keith Holman (Sydney Wests) the halfback. 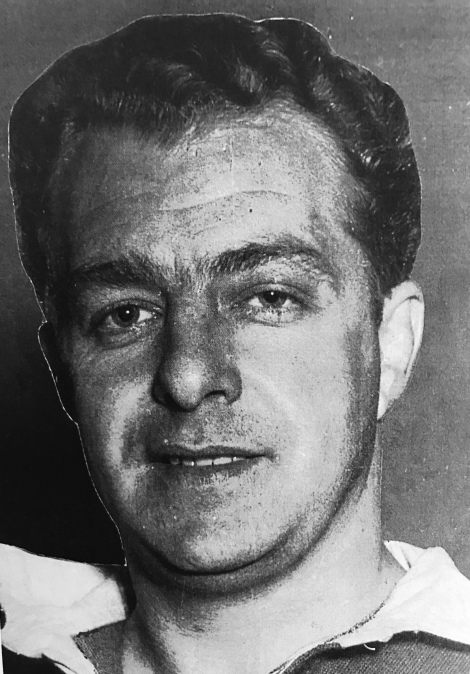