Have we seen the last of ‘Big League’? I fear for the future of the official program of the NRL, after it closed shop for the rest of the 2020 season, thanks to Covid-19, and the fact there will not any crowds at stadiums.

I would like to think the magazine will be back next year, but it could be a victim of cost cutting.
The Brisbane program, Rugby League News, was consigned to history several years back, and I thought that was sad. Older people in particular, love to be able to flick the pages of the program on match day. And I’m sure even tech savvy young people still like to see their names in print, and to be able to keep programs as souvenirs.
In 1981, my first year as a full-time rugby league writer, for the Brisbane ‘Telegraph’, ‘Big League’ was edited by former Daily Mirror League writer, Bill Mordey, who worked for the New South Wales RL.
Contributors included Tim Prentice from the Mirror; Terry Smith, Gary Lester (Sun) and Alan Clarkson (Sydney Morning Herald), while Charlie Richardson (Illawarra), George Piggford (Newcastle) and Jack Craig (Brisbane) provided stories on competitions outside the Sydney premiership.
The ‘Prince of Centres’, Reg Gasnier was the ‘celebrity’ columnist.
Prentice wrote a feature on Parramatta winger, Eric Grothe, while Smith, first and foremost a rugby union writer, submitted a story on Newtown forward, Craig Ellis. Lester had done interviews with Parramatta captain, Steve Edge; Eels’ forward, Steve Sharp and Newtown halfback, Tom Raudonikis.
Richardson reported that Wollongong Leagues Club, which backed the local soccer club in 1981, had withdrawn its support, and instead would plough $20,000 into the Illawarra Steelers’ debut season in the NSWRL, in 1982.
Piggford has a story about Wests’ 13-2 win over Cessnock in the Newcastle grand final. Cessnock were coached by Gary Johns, the father of Matthew and Andrew.
The players’ pen pictures revealed diverse occupations, among them: Parramatta: Mick Cronin (publican), Kevin ‘Stumpy’ Stevens (garbo), Geoff Green (policeman). Newtown: Phil ‘Gus’ Gould (computer analyst), Craig Ellis (chartered accountant), Tom Raudonikis (sports store owner).
There were five school teachers – Graeme Atkins, John Muggleton, Geoff Coburn (Parramatta); Brian Hetherington, Jim Walters (Newtown).
It is fascinating to compare the grand final day program of events for 1981, and ’97.
In ’81 the day began with entertainment from jazz and Country and Western Groups, followed by the under-23 grand final between Souths and Parramatta. Craig ‘Tugger’ Coleman captained Souths.
Sydney University’s Choir performed before the reserve grade grand final between Parramatta and Wests. Test winger, Ian Schubert, who would tour Britain and France with the Kangaroos the following year, was Wests’ captain, while former Wallaby, Tony Melrose was Parramatta’s five eighth.
At halftime in the reserves, the colors of new clubs, Illawarra and Canberra were unveiled and then Kevin ‘Horrie’ Hastings (Roosters) and Australian skipper, Steve Rogers (Sharks) were presented to the crowd as winners of the Rothmans Gold Medal and Dally M awards respectively.
Before first grade, Navy bands provided the music (now we’re talking), and there was a salute to the guests of honor, Queenslander, Harry Bath, and his wife, Gwen (nee Beaumont), who had moved to the Gold Coast to start a business venture, after Harry, a former Australian coach, had given 40 years of service to rugby league, as a player and coach, in England and Australia.
The late Bob Abbott was in charge of promotions on the day.
Grand final day in 1997 began with the Golden Kangaroos Marching Band before the under-20s match between Balmain and Sydney City Roosters. The Australian Cow Girls dancers did their thing at halftime in the reserve grade grand final between Balmain and Parramatta. Anthony Minichiello played on the wing for the Roosters’ under-20s, while future New Zealand skipper, Nathan Cayless was captain of Parramatta’s reserve grade side. Toowoomba product, Dan Stains coached Balmain reserves.
90 years of rugby league was celebrated before the first grade, with Christine Anu and Jimmy Barnes the performers. Julie Anthony sang the National Anthem.
Big League was published by a Queensland firm in 1997 – TMPC from Nundah. There were two elite competitions that year, with Super League’s Telstra Cup the rival to the ARL’s Optus Cup. Super League matches were televised by Foxtel and ARL games by OptusVision, while Channel 9 took a selection of games from both leagues. The Broncos had beaten Cronulla in the Super League grand final in Brisbane, a week before the ARL decider in Sydney.
Contributors to the ’97 Big League were Tony ‘Magoo’ Megahey, John Blanch and Ric Chapman. 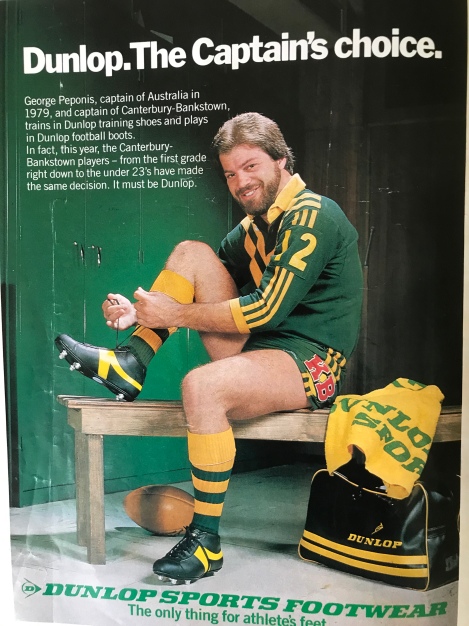 One response to “VALE BIG LEAGUE?”