1 Greg Oliphant playing for Australia against the Kiwis in 1978 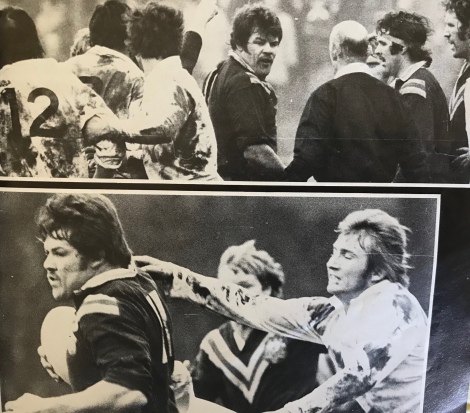 3 Bob McCarthy – sent off against Widnes in the top photo; on the fly with Reg Bowden clutching at him in the second