DIARY OF A RETIRED RUGBY LEAGUE WRITER
WEEK 12 2020
MONDAY, MARCH 23
Coronavirus is hitting hard. Our next-door neighbour, Len O’Brien texts about pubs shutting, at noon today. A lady at a local supermarket tells me she is resigned to missing a wedding in Victoria. Our Olympic athletes are told to prepare for 2021, not this year. Carlton and United Breweries say we may run out of beer. Now, that is serious. Restaurants and cafes can only do takeaways.
Sunshine Coast Men of League chairman, Don Oxenham phones for a chat. He was coach of Toowoomba in 1984, when I covered a match between his Clydesdales’ outfit and Brisbane Brothers at Dalby. It was a fiery clash, with Toowoomba selector, Johnny Gleeson calling Brothers ‘thugs’. It hurt Johnny to say as much, because he is a Brothers’ legend. Brothers, coached by former Test halfback, Tom Raudonikis, won 18-12. Raudonikis claimed Toowoomba started most of the ‘niggling stuff’ with Pat Shepherdson retaliating, after he was (allegedly) bitten. One of Brothers’ best was former Penrith halfback, Henry Foster, who represented Brisbane that year, and was part of their Panasonic Cup triumph. Men of League magazine editor, Neil Cadigan says the Gold Coast is ‘a dead-set ghost town’. A bit different to when my wife, Marie and I were there earlier this month, and people seemed to think the virus was a hoax.
TUESDAY, MARCH 24
Prime Minister, Scott Morrison says lockdowns are next. Funerals are restricted to 10 mourners, and weddings five people. Lots of ‘tradies’ working in Uxbridge Street, Grange (our street). My former Telegraph and Courier-Mail workmate, Mike O’Connor has written a column about his self-isolation, after returning, at great personal expense, from South America. My wife, Marie goes to Pilates, where the ladies keep their distance – not just from Marie, but from each other.
Ryan Schultz has been promoted  to ‘Manager of Performance’ at Brothers Rugby Union. Ryan is the son of my former Brothers’ Rugby League teammate, Murray Schultz. Murray and Graham Quinn were Brothers’ centres in the 9-2 loss to Valleys in the 1974 grand final.
WEDNESDAY, MARCH 25
Our son, Damien; his wife Emma and their daughters, Parker and Evan arrive back in Australia, cutting short a UK trip, which was based around a 90th, and a wedding. It was always a risk. They go into isolation, back at Ayr, in North Queensland, where Damien is deputy principal of East Ayr Primary. Their trip home was trying. That is a nice way to put it. There was a six pack of Corona in the fridge at Ayr, courtesy of Damien’s boss, Chris Wicks.
Queensland State of Origin icon, Billly Moore has had to stand down 85 percent of staff at his Mooloolaba restaurant.
THURSDAY, MARCH 26
The QRL media guides are not available, because the League Is waiting for the jerseys (for official photos), and they are being made in China. Good luck.
Frank Myler, captain of the last Great Britain rugby league side to win an Ashes Test series against Australia, has died aged 81. Frank played 24 Tests for Britain between 1960 and 1970, first from the Widnes club, and then from St Helens. I interviewed him a number of times, most particularly when he was coach of the British side in Australia in 1984.
FRIDAY, MARCH 27
The Queensland and New South Wales Cup competitions have been called off for the year. Terry Quinn finishes as boss of the New South Wales Country Rugby League. Assistant coach, Ben Cross and former player, Jharal Yow Yeh, part of the club’s media unit, are two of those retrenched by the Broncos. The Sheffield Shield Cricket final is canned and New South Wales declared the winners.
A mate says China should be referred to ‘The Hague’, for crimes against humanity. Here. Here.
My wife, Marie orders fruit and vegetables for Damien at Ayr. Brisbane City Council cancels Pilates classes.
A fellow resident (female) of Hermitage Gardens, asks me how I am, as she leaves for work. She is genuinely concerned. Nice, although it makes me feel old.
SATURDAY, MARCH 28
Marie and I vote, at Grange Scout Hall, in Brisbane City Council elections, even though our youngest son, Lliam urged us to stay at home. The State Government urges people to stay at home, for health reasons, but, please, get out and vote! British Prime Minister, Boris Johnson has the virus.
‘Earth Hour’ – a stunt, in my view – is observed by some. My wife, Marie and I have always observed Earth Hour, turning off anything electrical when not in use. Just ask our kids. Our eldest lad, Damien does beep tests in his driveway to keep fit during isolation. In Vietnam, my brother Andrew is visited by police, to arrange a Covid Test. Adrian Schrinner is returned as Brisbane Mayor.
SUNDAY, MARCH 29
Friends deliver food to our son, Damien; his wife, Emma and daughters, Parker and Evan at their home at Ayr. My wife, Marie does lots of skipping.
In Vietnam, my brother, Andrew makes a hamburger, but wishes there was canned beetroot for the finishing touch.
The president of Belarus has the answer to the virus – drink plenty of vodka and take saunas. 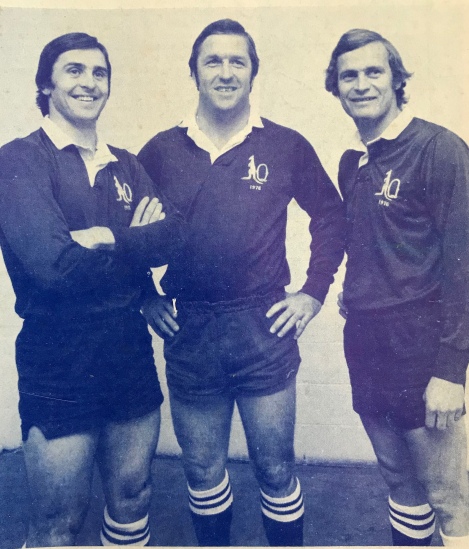