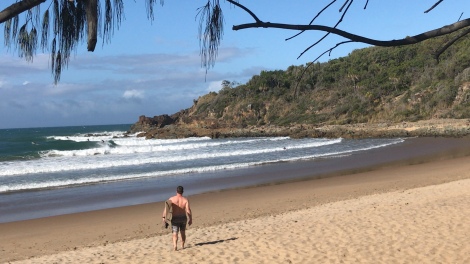 3 Surf’s Up at Agnes Waters 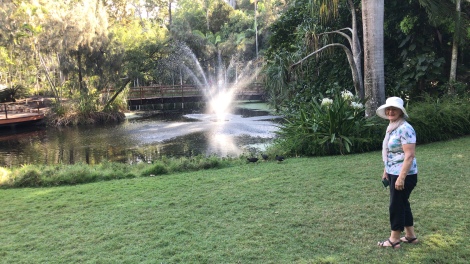 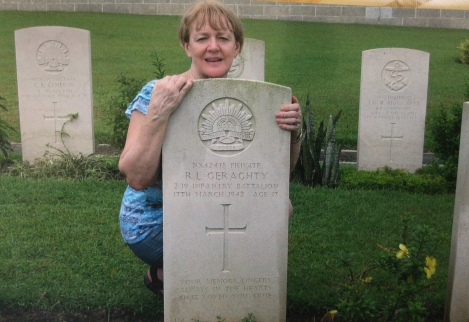 5 Marie Ricketts at the grave of her uncle, Ray Geraghty in Singapore. Ray was Marie’s mother’s brother