DIARY OF A RETIRED RUGBY LEAGUE WRITER
WEEK 12 2018
MONDAY, MARCH 19
A fire engine stops, and the firemen wave as I take our grandsons, Ethan and Connor to the playground beside Ithaca pool. Author Joe Gorman interviews me, at Stafford Tavern, for his book about rugby league and Queensland being one and the same. He particularly asks me about the 1987 season, the last before the Broncos, and Brothers’ last as a power in the game. Afterwards, Gorman interviews former Brothers’ winger, Peter Skerman. Gorman also will interview former Brothers’ skipper, Trevor Bailey; former Brothers’ secretary, Don Munro and treasurer, Noel Hall.
The Sunday-Mail had an interview yesterday, with former top Gold Coast photographer, Tommy Campion, who talks about the alleged abuse he suffered from staff at the Anglican Children’s Home in Lismore. I did a few jobs with Tommy. He was great company. I remember him playing the spoons at the Casino at Broadbeach.
Watch the movie ‘Argo’, about the Iranian hostage crisis back, in the 1970s. Not bad.
The only butcher shop at Coraki, on the Richmond River, has closed. A sign of the times.
THURSDAY, MARCH 22
My wife, Marie is a Commonwealth Games volunteer, and today she collects her gear from Burleigh Heads. She says the uniforms stink, after just one wear (as in, they smell, not stink, as in ‘look bad’, although beauty is in the eye of the beholder). Former Queensland Rugby League chairman and top referee, Peter Betros is also a Games’ volunteer.
Royal Women’s Hospital celebrates its 80th anniversary with a gala dinner. Our three children, Melanie, Damien and Lliam, were born there, all three delivered by Dr Desmond Dann.
SATURDAY, MARCH 24
Walk past Hickey Park, where the home side, Wilston Grange are being belted 115-10 by the Lions’ Reserves. I mention the score to drinking mate, Peter Skerman, at the urinal at Stafford Travern, and a lanky (Victorian) bloke beside us, says rather indignantly: “It’s only a practice game”. AND?
Wigan coach, Shaun Wane will join Scots Rugby as high performance coach.
In ‘The Courier-Mail’, Matt Condon has an article on the demise of 10 Pin Bowling Alleys. I was ‘into’ Ten Pin Bowling as a teenager, playing at Sunshine Bowling Centre, Tweed Heads, which was operated by the America Machine and Foundry Company (Australia). I wasn’t particularly good. My good mate, Phil Batty usually smashed me. The radio ads for bowling in those days, went: ‘Bowling. Brings out the Swinger in You’.
SUNDAY, MARCH 25
Wynnum Leagues Club is the venue for a combined Wynnum-Manly Old Boys/Men of League lunch, which I MC. I interview former Test rugby league stars, Greg Oliphant and Wally Fullerton Smith; former Queensland State of Origin prop, Nel Tierney; 1985 Brisbane Colt of the Year, Tony Jemmott and former Wynnum-Manly and Villeneuve-sur-Lot back, Steve Plath. Comedian, and former Burleigh Bears’ rugby league player, Danny McMaster is guest entertainer. Danny’s Dad, Wallaby Bob McMaster, played 178 matches for Leeds Rugby League after switching from rugby union, the code in which he represented Australia. ‘Ollie’ (Oliphant) says his good mate, former Test halfback, Tom Raudonikis is not well, “but not ready to die”.
I have a good chat with former Wynnum and Western Reds’ player, Ricky Taylor; former Wynnum premiership winning halfback, Peter Dawes; former New Zealand star, Bernie Lowther and former Valleys and Central Queensland prop, Peter Blackadder. Bernie is involved with the FIGS (Former International Greats), and hopes they get more recognition, just like the FOGS (Former Origin Greats).  Ricky Taylor shared accommodation with controversial Queensland star, Julian O’Neill in Perth, during their time at the Reds, and says Julian was a great flatmate.
My wife, Marie has a big night at work, at Windsor International Motel, after a Jetstar Flight is cancelled, and 50 people check in. 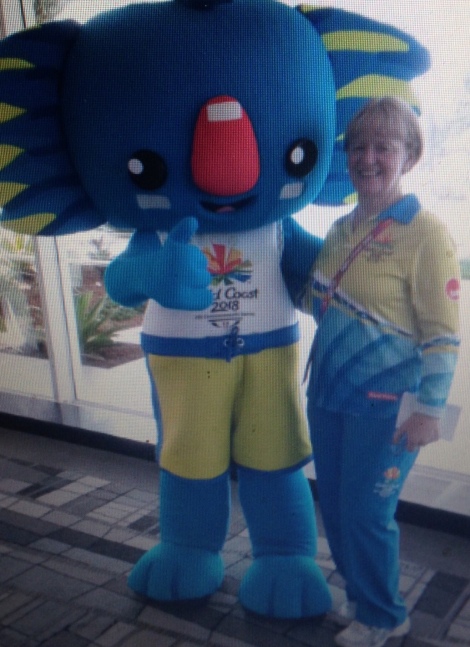 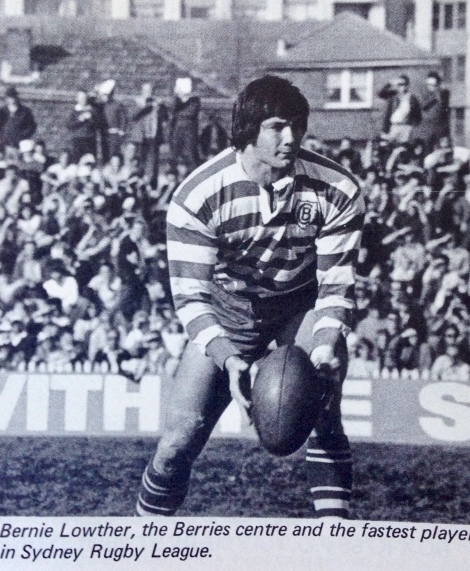 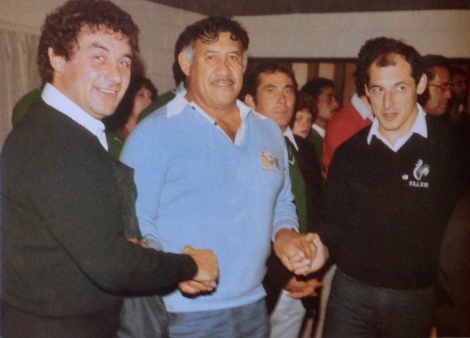 David Waite (right) when he was Great Britain coach. His assistant at that time, Brian Noble, is the other man in the photo.
Loading Comments...
%d bloggers like this: