Photo 1: Brian Tracey, coach of Brothers’ under-18 side in 1968, with his fullback, Steve Ricketts; 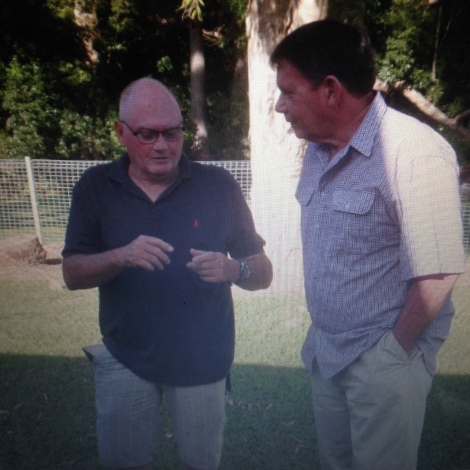