JUNE 1949
AYR Rugby League refused to release Australian representative, Jack Horrigan for the period requested by the Queensland governing body, which was desperate for him to play in the up-coming inter-state series against New South Wales.
Horrigan signed a contact with Ayr, in the Burdekin region of North Queensland, for a 20 week term, at 25 pounds per week, plus free accommodation and a job. The contract also guaranteed him the full extent of his salary, in the event of being injured.
That was the point rammed home by Ayr officials, to the QRL. Ayr gave Horrigan a generous deal, because they wanted him on tap for the entire 20 weeks, playing at club level, and also for the Ayr rep side in the Foley Shield.
QRL secretary, Eric Simmonds fired back, labeling Ayr officials ‘foolish’.
Simmonds warned that top flight players would hesitate to accept coaching contracts in the country, at the height of their career, because it could mean the end of their state and international careers. On that basis, country leagues would have to accept players at the end of their first class careers.
Horrigan toured Britain and France with the 1948-49 Kangaroos, playing one Test – the Second Test against Great Britain at Swinton, where he scored a try in Australia’s 16-7 loss. He did not play for Australia, or Queensland, again, after his return from the tour.
Before the first Queensland team of the 1949 season was chosen, there was to be a Possibles v Probables trial. The Possibles team included Ayr prop, Charlie Woods and Kangaroo tour winger, Pat ‘Cocky’ McMahon from Toowoomba. Possibles were captained by Len Pegg from Brisbane.
The Probables side included Warwick duo, Bill Thompson and Terry Canavan.
The Possibles and Probables teams were chosen after the Country trials in Rockhampton. One of the wingers for North Queensland was ‘young’ Bill Paten, son of former Ipswich, Queensland and Australian winger, Bill Paten, who was known as ‘Atomic Bill’ because of his tackling prowess.
At the time of writing this article, young Bill, now 93, was still going strong, and was a regular at Brisbane Men of League functions at the Broncos, accompanied by his good mate, Bill Langford, a former prominent bush footballer.
I interviewed Bill Senior in July, 1988 when Queensland skipper of the time, Wally Lewis was set to join Paten, Tom Gorman and Lionel Heidke as the only players to represent Queensland for 11 successive years.
In 1981, Paten’s eyesight had deteriorated to such an extent, he stopped going to the football and had to content himself with listening to the big matches on radio.
“Wally Lewis must be a fine player,” Paten told me. “He is mentioned so often.”
I interviewed Bill Jnr., early in 2017, at Wynnum Leagues. Bill Jnr was born in 1925, while his dad was in New Zealand with the Queensland side.
Young Bill went on to play for Mackay in the Foley Shield competition and represented North Queensland in Country selection trials in Rockhampton in 1949; was captain-coach when Hughenden won the North West Queensland championship in 1955, and in 1957 had a stint with Easts in Brisbane. 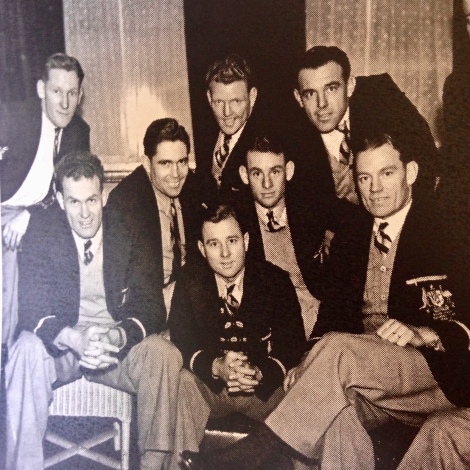 Photo 1: Jack Horrigan (back, far left) with other members of the 1948-49 Kangaroo touring side