Travel
“What could be more romantic?”, I said to my wife, Marie, as she contemplated  a wedding anniversary lunch with me; a fellow rugby league writer; a rugby league fan/war historian and our son, Damien.
And to top it off, the venue was a canal side pub, right next door to a coal mine.
It was 2009, and my wife, Marie and I were on a UK/European holiday, with a large rugby league component, given I was still chief rugby league writer for ‘The Courier-Mail’.
We had started out trip in Leeds, with a seaside break at Sandsend, before attending the Four-Nations final between Australia and England at Elland Road, Leeds (Dean Ritchie from the Sydney Telegraph was covering the tournament for News Limited in Australia, just as I had done in 2004, in the UK).
We had had lunch at Skipton, where I met a wine merchant from Clitheroe who deals with Angelo Puglisi in Queensland. It’s a small world.
Australia won the 2009 final 46-16, but it was a battle for 60 minutes, with Australia leading 14-10 at halftime before England regained the lead, through their magnificent forward, Sam Burgess when he crossed for his second try.
After the match I saw his younger brothers, Tom and George for the first time, and was astounded at their size. The match also gave me the chance to catch up with former Yorkshire Post league writer, Ray Fletcher; fellow league scribe, John Huxley and former Great Britain skipper, Garry Schofield.
Marie, Damien, his partner, Emma and I had a nightmare drive over the Pennines to Tyldesley in Greater Manchester. where we stayed with friends, Terry and Joyce Holmes. Terry is another league scribe.
The next day was our 34th wedding anniversary, and we walked to the Old Boathouse on the Leeds-Liverpool Canal, where we were joined by Daily Express league writer, Martin Richards and Damien’s St Helens’ mate, Steve Lingard, who is a league man through and through, as well as being a war historian. Damien related the story of how he met Steve at the Munich Beerfest.
I phoned Leeds’ chairman, Harry Jepson, who thanked me for the obituary I wrote about Leeds’ great, John Holmes. Noted league author, Dave Hadfield from Bolton phoned to thank me for the hospitality I showed him during the 2008 World Cup.
The rugby league world is a small one, but it is tight knit. And yes, the food at the Old  Boathouse was excellent. I had slow cooked lamb and Marie had roast lamb and the pinot grigio from Veneto went down well. 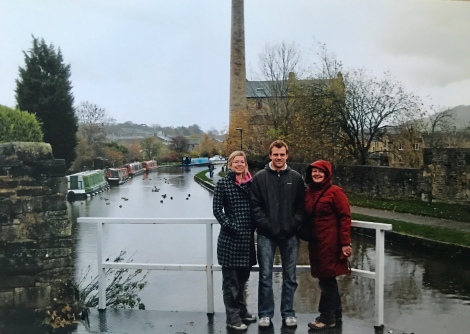 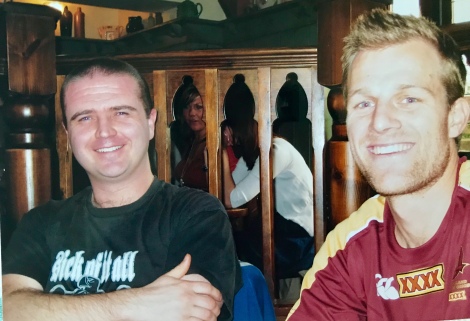 One response to “LET’S GO TO PUB, LUV”