TRAVEL
As the strippers did their thing in the Arncliffe pub in Sydney, there was an announcement from the Catholic priest next door, asking for a ute to be moved from the presbytery driveway.
It seemed surreal that the publican would be relaying the message from Father O’Reilly (we’ll say it was Father O’Reilly) over the din of the Friday afternoon ‘tradie’ crowd, enjoying a few schooners of Reschs, as the girls gyrated in front of them.
What was I doing there?
I had flown into Sydney only a few hours earlier, after covering Australia’s Tri-Nations rugby league trip to New Zealand, which culminated in the Kangaroos’ beating the Kiwis 22-20 in the final, with Mat Rogers and Wendell Sailor two of our best.
Instead of flying back to Brisbane, I had arranged to meet my wife, Marie in Sydney, ahead of a Southern Highlands break, to celebrate our 24th wedding anniversary. Marie wasn’t arriving until the next morning, so, after checking into my airport hotel, I made my way to the pub, ahead of dinner at Arncliffe Scots Leagues Club, in the heart of St George territory.
The pub was right beside St Francis Xavier Catholic Church, and no doubt many priests over the years have slipped in for a quiet schooner or two. One of the joys of being a Catholic, is that drinking and gambling are not ‘sins’, unless of course, taken to excessive levels.
The parish priest in 1999, no doubt aware of the entertainment taking place in the pub, chose to phone, to ask if one of the punters had parked in his driveway, rather than fronting up in the public bar himself.
Arncliffe in 1999 was already a melting pot of races, but inside the pub, it was mainly Anglo-Celtic men having a beer. It could have been 1979.
At the leagues club, the cuisine was Asian, and the quality exceptional.
Arncliffe Scots Sporting Club was founded in 1913, by Scotsmen from the local Presbyterian Church, with the first rugby league side taking the field in 1926. After World War II, the club was reformed, thanks in part to the efforts of famed radio sports broadcaster, ‘Tiger’ Black. Old Boys of the club include internationals, Johnny King, Pat Jarvis, Ross Kite (Australia) and Dean Whare (New Zealand).
The following night I was ‘eating in’, with my wife, at our former ironworker’s cottage at Mittagong, after a drive to Robertson, for one the village’s famous meat pies.
On our first full day on the Highlands, we walked in the Morton National Park, with Fairy Bower Falls the highlight. Our lunch stop was the Surveyor General Inn, Berrima.
On the day of our 24th anniversary, we visited the (Sir Donald) Bradman Museum at Bowral (very romantic, I know), and to my joyful surprise, there was a game of cricket taking place on the adjoining oval, with the New South Wales Second XI playing a Cricket Academy side, coached by former Test wicket keeper, Rod Marsh.
Afterwards, Marie and I walked to Belmore Falls and then Fitzroy Falls, before drinks at the drab Jemmy Moss Hotel, Moss Vale. Our anniversary dinner was Rogan Josh at ‘Perfect Curries’, Mittagong. Again, very romantic! But in fairness to me, Our cottage was quaint, with the fridge and cupboards well stocked.
When we arrived back in Brisbane, our eldest boy, Damien greeted me with some of his home brew, and it tasted OK too. Not as good as the Reschs at the Arncliffe Pub, but nevertheless, I’m sure ‘Father O’Reilly’ would have approved of it. 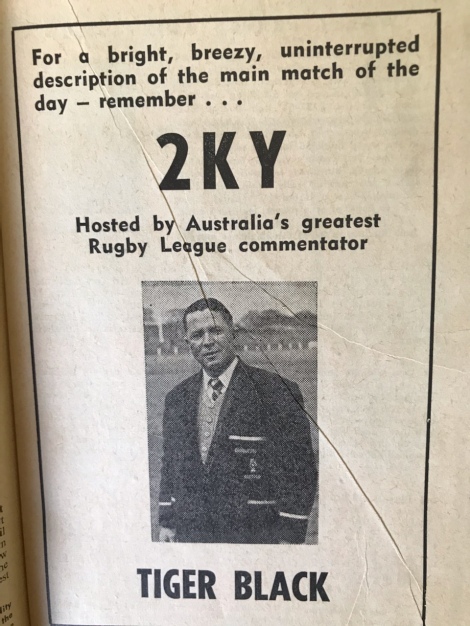 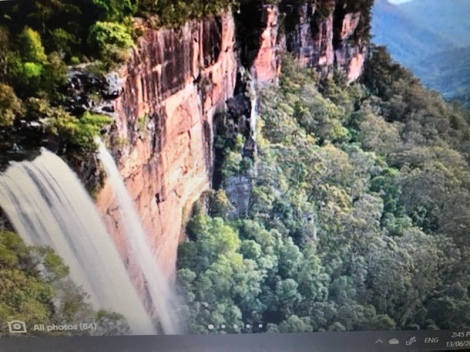