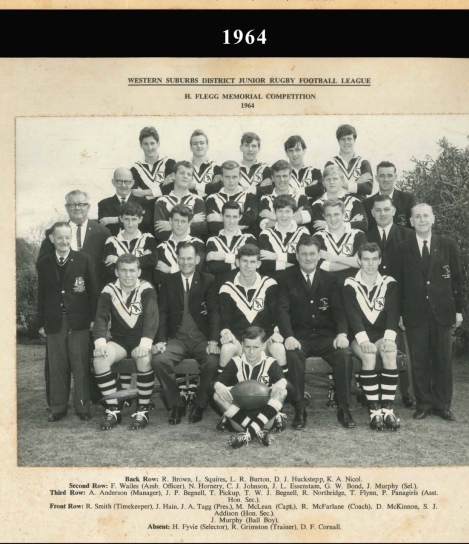 3 The 1964 Wests Magpies under-18 side. Mick ‘Dolly’ McLean is the skipper with Tim Pickup to his right in the second row. Neville Hornery is the player on the far left in the third row

4 Olsen Filipaina playing for the Roosters.