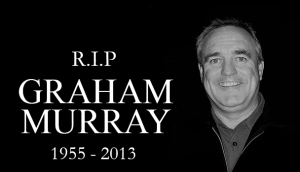 The first time I met Graham Murray we spoke at length about his maiden coaching assignment at Lismore Workers Club in the then Group 1 competition in New South Wales Country.
He couldn’t wipe the smile of his face, talking about bush football and the joys and problems that go with the territory.
At his first training run the only player to turn up was the president’s son.
So it was off to the Workers Club for a beer.
Things picked up after that and Murray guided the side to the finals.
There was no holding him from there, and I know he was just as excited about coaching Wynnum-Manly this year as he was before a season with the Illawarra Steelers, North Queensland Cowboys, Sydney Roosters or Leeds Rhinos.
A ‘must visit’ pub on my regular visits to England is the Chequer’s Arms at Ledsham in West Yorkshire, not far from the famous rugby league town of Castleford.
Graham lived at Ledsham, and so did British League legend, Mal Reilly.
Both men loved to have a pint at the pub which features pictures of some of the great Castleford sides, with men like Reilly, Alan Hardisty and Keith Hepworth in the ranks.
Graham Murray, who died on July 28 aged 58, was a good first grader, and there were some impressive action highlights from his career shown on FoxSports this week.
But first and foremost he will be remembered as a league man through and through, a bloke who was as enthusiastic about the grassroots as he was about the top flight.
Photo credit: Wynnum-Manly R.L.F.C